How many wonderful nettles (Urtica dioica)! I have taken as much as I don’t know what to do with it. I will take the experimental way, then. A stop by the butcher and a small talk with my friend Corina, better cook than I am, and the idea takes shape. The result? Not bad at all, I must say. Some small improvements might make it an awesome recipe: I’m willing to hear your hints! 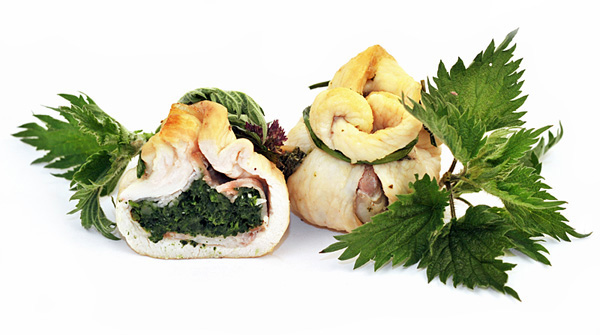 Wash and boil nettles for about 10 minutes. I used “close to none” salt, because I will keep and drink the precious nettle cooking water, instead of throwing it away. It’s full of health-benefiting properties: kidney depurative, diuretic, anti-inflammatory, mineralizing. If you do not plan to drink it, you can also use it as a liquid fertiliser for your garden (no salt at all, in this case!).

In the meantime marinate the chicken slices in lemon, oil (1 teaspoon), dandelion honey (1 teaspoon). This will prevent meats from drying out in the oven. Slices should be as thin as possible, to contain more stuffing. Meanwhile chicken rests easily in its marinade, let’s prepare the parcels filling.

Chop nettles and raisins, add goat-cheese, salt and pepper to taste and mix it all. Put a chicken slice in your muffin cup and lay over half a slice of bacon fat. I used bacon, but its strong taste gets over nettles. Next time I will use some “lardo” (bacon fat)!

Fill the cups with nettle and cheese stuffing, close with chives and coat the parcel top with honey and brandy. Bake at 220°C (428°F) for about 20 minutes. 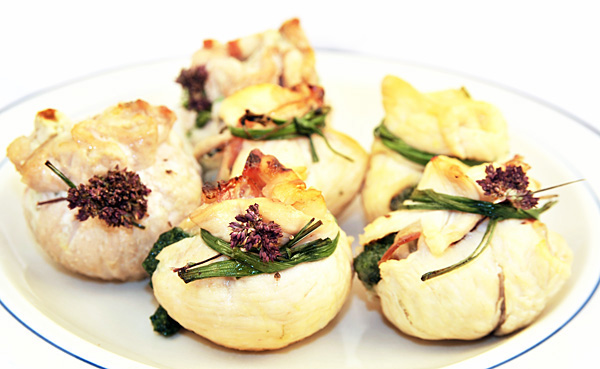 Pork loin: I tried to use it, instead of chicken. I think that taste and texture of chicken are better balanced with nettles. I will try again with thinner slices, the way Corina suggested: cut frozen loin with a slicer. I will try to use turkey, as well.

Cheese: I tried both goat-cheese and casera cheese (a semi-firm cheese, stronger in flavour; left one in the picture). I like them both, but I finally leant toward goat-cheese due to it’s acidic taste, that in my opinion enhances nettle taste.

Muffin cups: I used silicone cups, to help me fill the parcels. When baked, though, liquids remain trapped inside, giving a sense of “boiled chicken” on bottom of the parcel. I will try to remove the cups before, or half-way baking.

Chives: nice presentation, but too strong flavour and difficult to knot on meat (not as with crepes, here it’s easily broken). Next time I will use some common grass, stronger than chives! 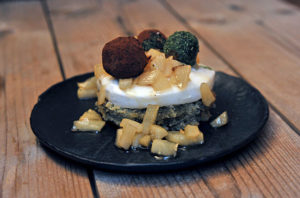 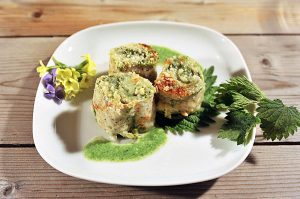 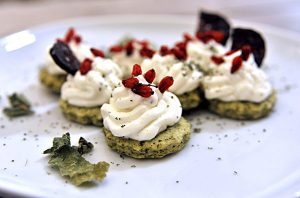 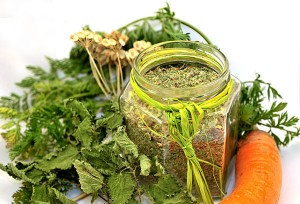 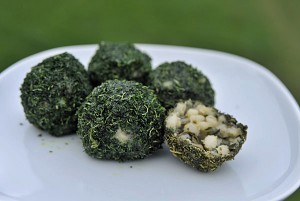 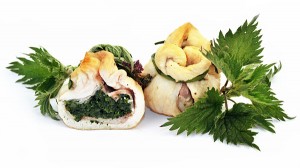